I am spending a very busy two-week vacation back home – but of course some stationery tours are in order.  The best part about being back is that I’ve had the chance to meet up with old pen friends and meet new friends I made online.

Pens were tested, gifts exchanged and gossip shared.  Thank you for a great time!

Afterwards we moved on to a big department-store style stationer and bookshop. 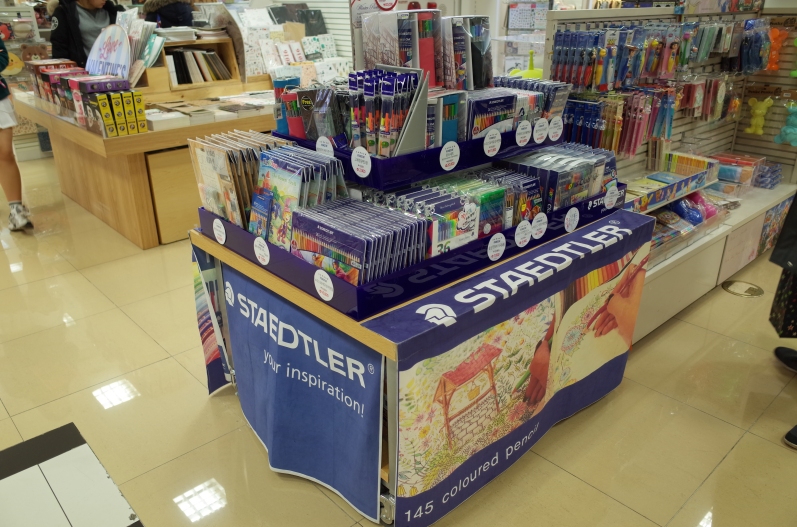 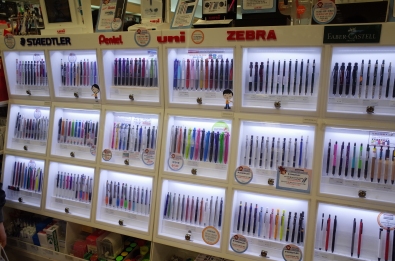 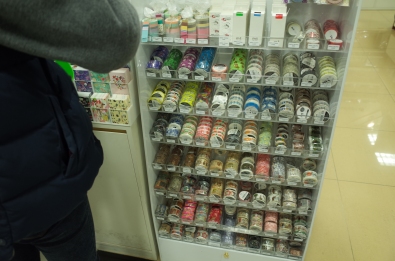 In Montreal, I had the impression that special editions of MT masking tapes were produced in limited runs and therefore no longer available past that particular season, but this doesn’t seem to be true.  I found an exhilarating display stand comprising most of the special editions I had drooled over this past year, including the MT × Nordic Countries collaboration series.  (The ordinary, permanent-collection tapes were at the back.) 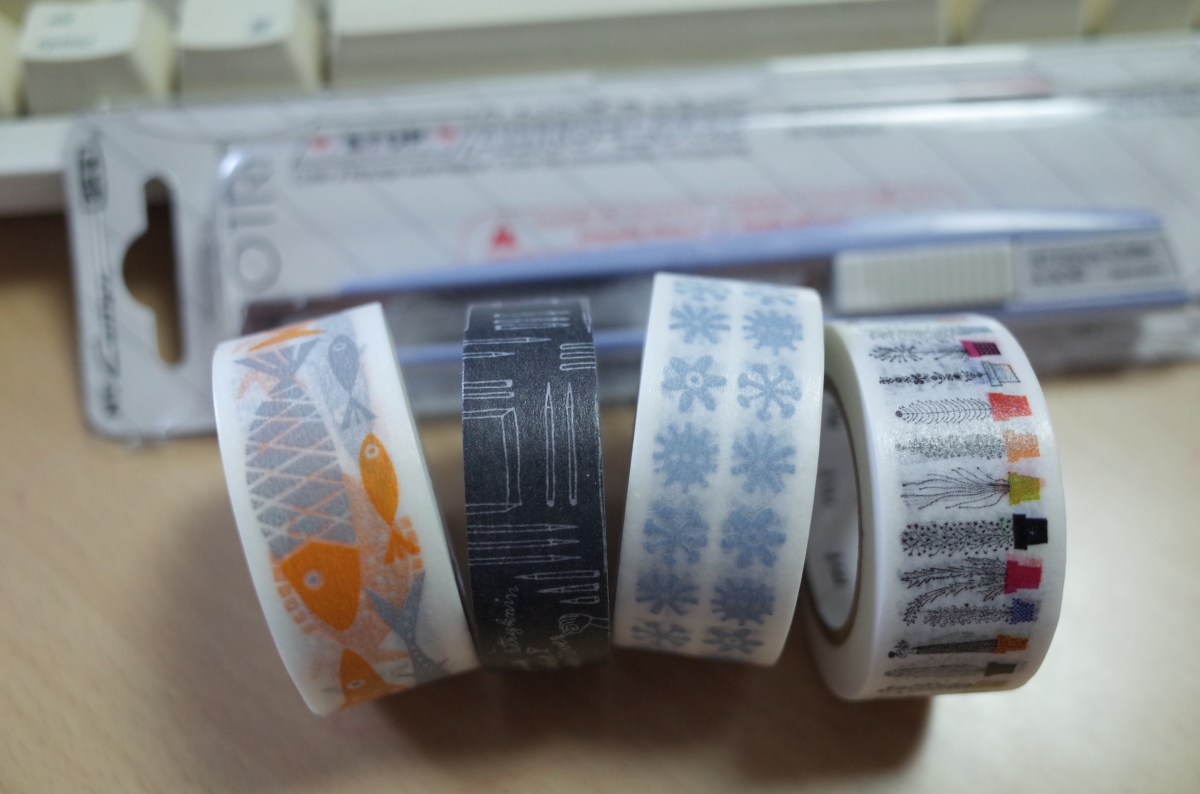 I also stocked up on some Redman pencil cases and some TiTi T-Prime pencils (as I mentioned, these pencils are made by Camel Pencil Manufacturing, which makes the new Craft Design Technology Item No. 32 pencils).  Plus an unfamiliar Staedtler, and some interesting Kirin bicolor pencils.

And last but not least, I stocked up on my favorite sharpener, the Deli 0635.  It’s sold under the Morning Glory brand here and called the “Dual Sharpener”, but it’s Deli all right – the packaging says so.  It comes with a desk mount.

They even note the date of manufacture for pencil sharpeners here ;)

The recommended retail price is 8500 Korean won (about 7 USD), but I believe I got it for cheaper.

Busy, but more to come!

Soon after I published my post on CDT pencils, they changed. Specifically, the original Pentel pencils were discontinued, and the manufacturer was switched to Camel. The pencils were redesigned and packaged in sets of three instead of the original dozen. I finally bought a pack out of curiosity, to see how the new pencils were different. 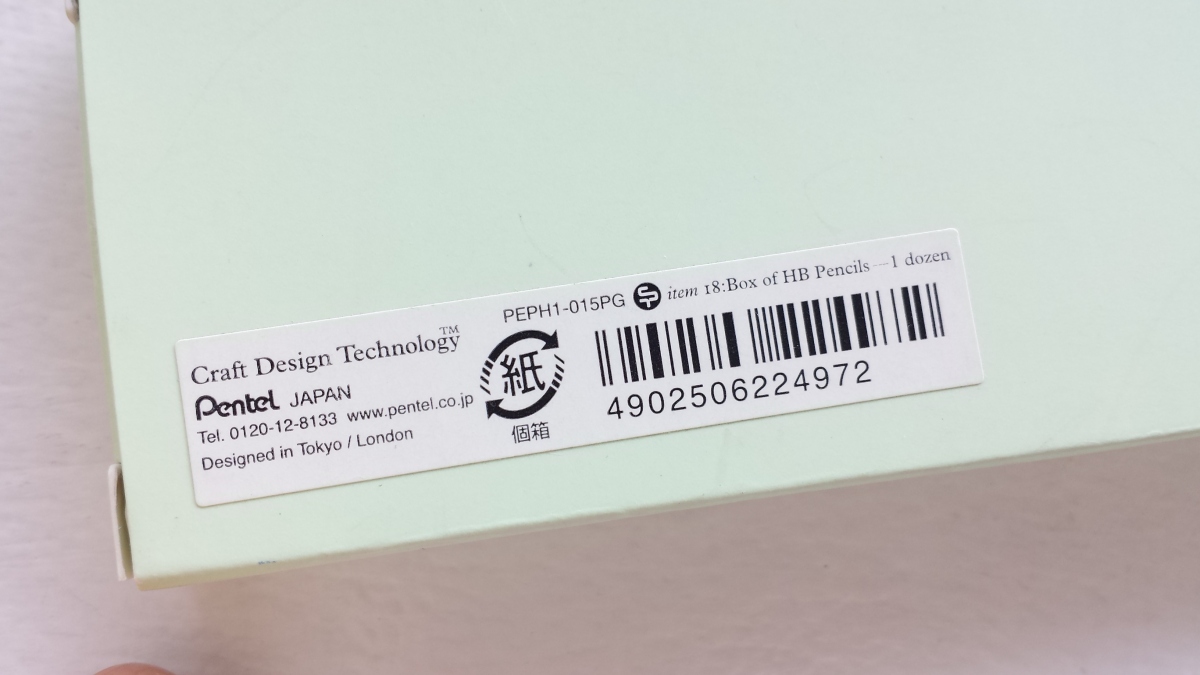 I have to confess I approached the new CDT pencils with a certain amount of prejudice. As is widely known, the best thing about the old Pentel CDT pencils was that they used polymer lead, just like the Black Polymer 999 . Any renewal meant the loss of that particular feature and the possible end of woodcased pencils from Pentel. So I wasn’t inclined to look kindly upon this company I’d never heard of, but any sincere effort to make good pencils should be welcome, right? Camel does go back more than 60 years and is an established pencilmaker based in Tokyo.

The first thing I noticed was that the lead wasn’t perfectly centered for all three pencils. The Pentel pencils were much better in this regard. (Pentel is said to have outsourced production of these pencils so they are not really “made” by Pentel except for the lead, but I use the word for the sake of convenience.)

The printing has changed from black to silver, and is a bit uneven. The paint on the new pencils seems thicker and more glossy; the tactile experience is different. Could it be that they needed to apply more coats in order to mask the darker wood?

The eraser is a pleasant surprise. It’s well molded and securely attached, and erases well (the texture reminds me of the standard Staedtler Mars white eraser). It’s not quite the cheap gimmick I expected it to be. This ferruleless cylindrical eraser seems to be something of a Camel speciality; it’s functional and blends in okay with the original CDT design (but it would have been better to match the shape of the eraser to that of the pencil, since right now the edges of the hexagonal body stick out a little from under the cylindrical eraser). I’d love to take it apart to see exactly how it’s attached to the pencil and how much eraser there is, but I’ll wait until I use it up some more before I take a knife to it. 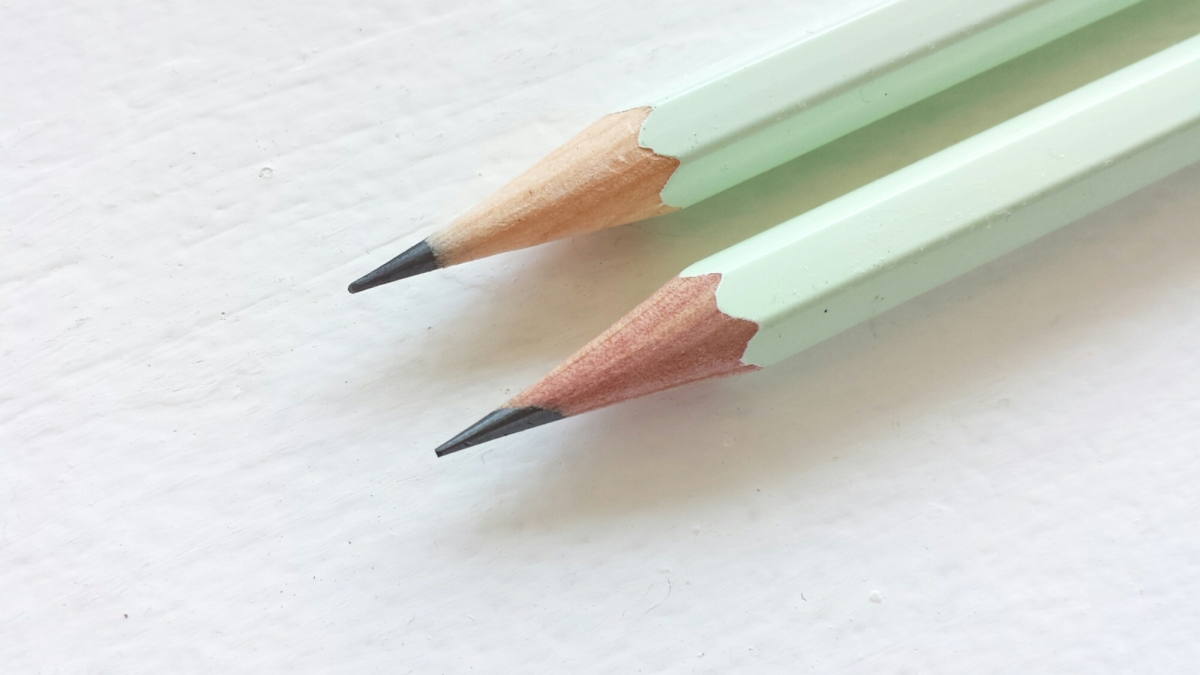 So how does it write? It’s not necessarily darker but it’s a bit softer. It reminds me of a Tombow 2558 with some grit thrown in. The unit price (calculating from pre-tax retail) has jumped from 133 yen to 166 yen per pencil. All in all, it has its merits, but the new CDT is a different beast altogether.