Here are some new additions to my stash of Ippitsu-sen. (See my previous post for an introduction to this particular kind of Japanese correspondence paper.) 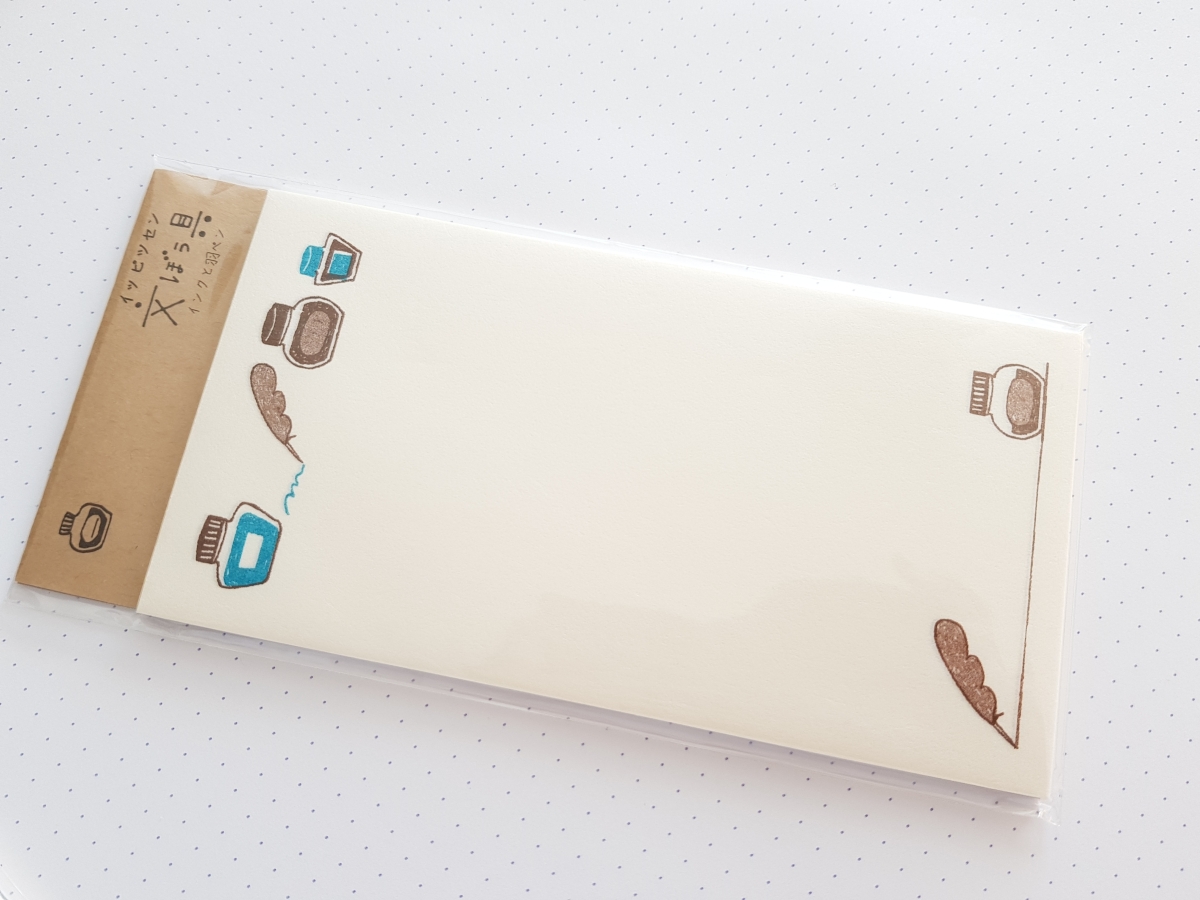 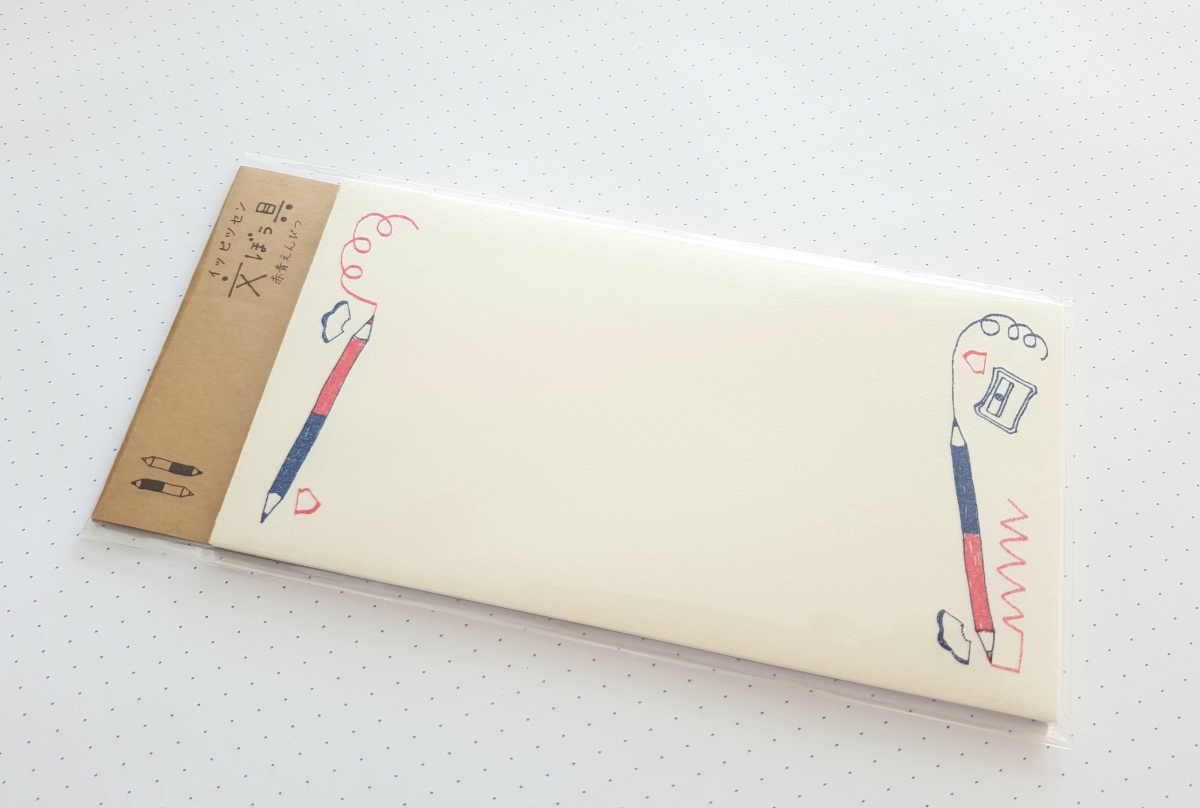 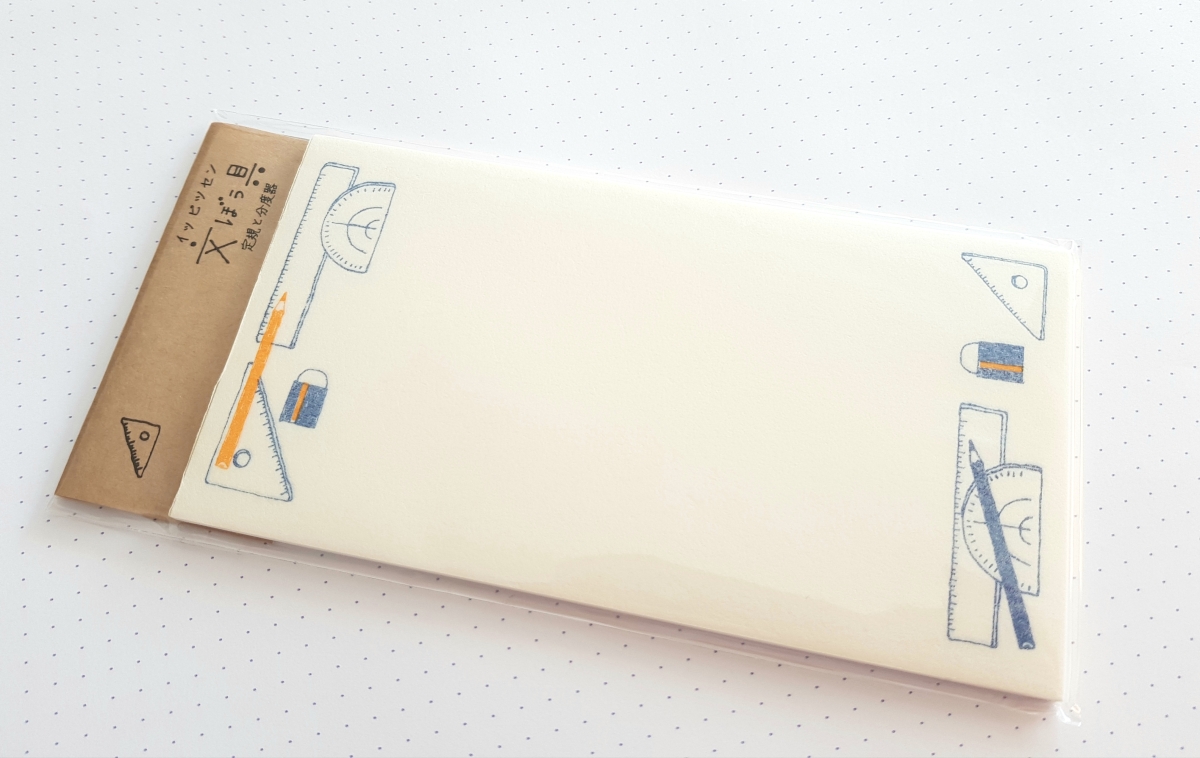 There was one more pattern to complete the quartet, which I didn’t buy. (Just so you know.) I got these at Maruzen, which, had I not listened to the Staedtler Japan Radio podcast from several years ago, I would surely have left out of my to-visit list. You see, even though I was reasonably familiar with Tokyo and its stationers, I had never felt the need to distinguish one well-stocked store from another (with the possible exception of Ito-ya). I lived along the Seibu line so I went to Loft a lot, and didn’t care if my pens and notebooks came from more general chains or department stores. But listening to the podcast, I realized that there was a hierarchy of sorts among the stationers, reflecting the history and breadth of each. The podcast featured five stores in the latter half of its season: Tokyu Hands (a DIY lifestyle store, Shinjuku branch), Mitsukoshi (a department store, Nihonbashi branch), Sekaido (an art supply store in Shinjuku), Ito-ya (stationer extraordinaire in Ginza), and Maruzen (Marunouchi main store). 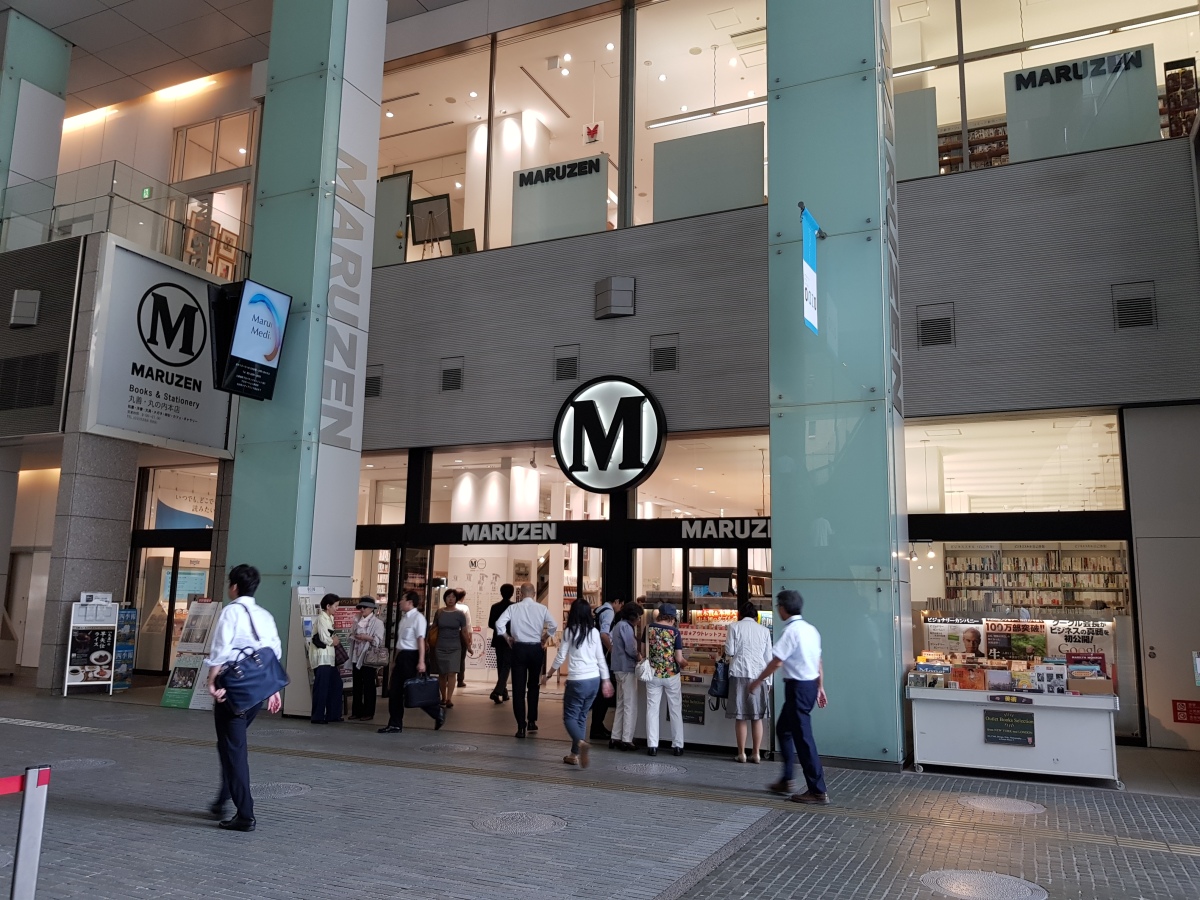 Now, the thing about Maruzen is that it is first and foremost a bookstore, albeit with a respectable stationery section. I’d visited one of their branches once or twice in the past but saw nothing to mark it out as either a bookstore or stationer at that time. But the podcast informed me that this venerable institution was founded 150 years ago in Yokohama, and played a pioneering role in introducing Western culture to Japan: it was long known for its selection of Western books, and was the first to import fountain pens (Onoto, 1907). Literary figures of the time routinely mentioned visiting the store in their writings. The Marunouchi main store now occupies four stories in a glittering high-rise near Tokyo Station, in the heart of Tokyo’s old business district; they say 100,000 people pass by the building daily, of which 4,000 visit the stationery section on the fourth floor. So naturally the Maruzen store stocks more upscale goods designed to appeal to grownups (and businesspeople in particular). The stationery section was smaller than I expected, but it did feature some notable items. The fountain pen desk was extensive and tastefully done. I can’t resist adding a couple more pics: 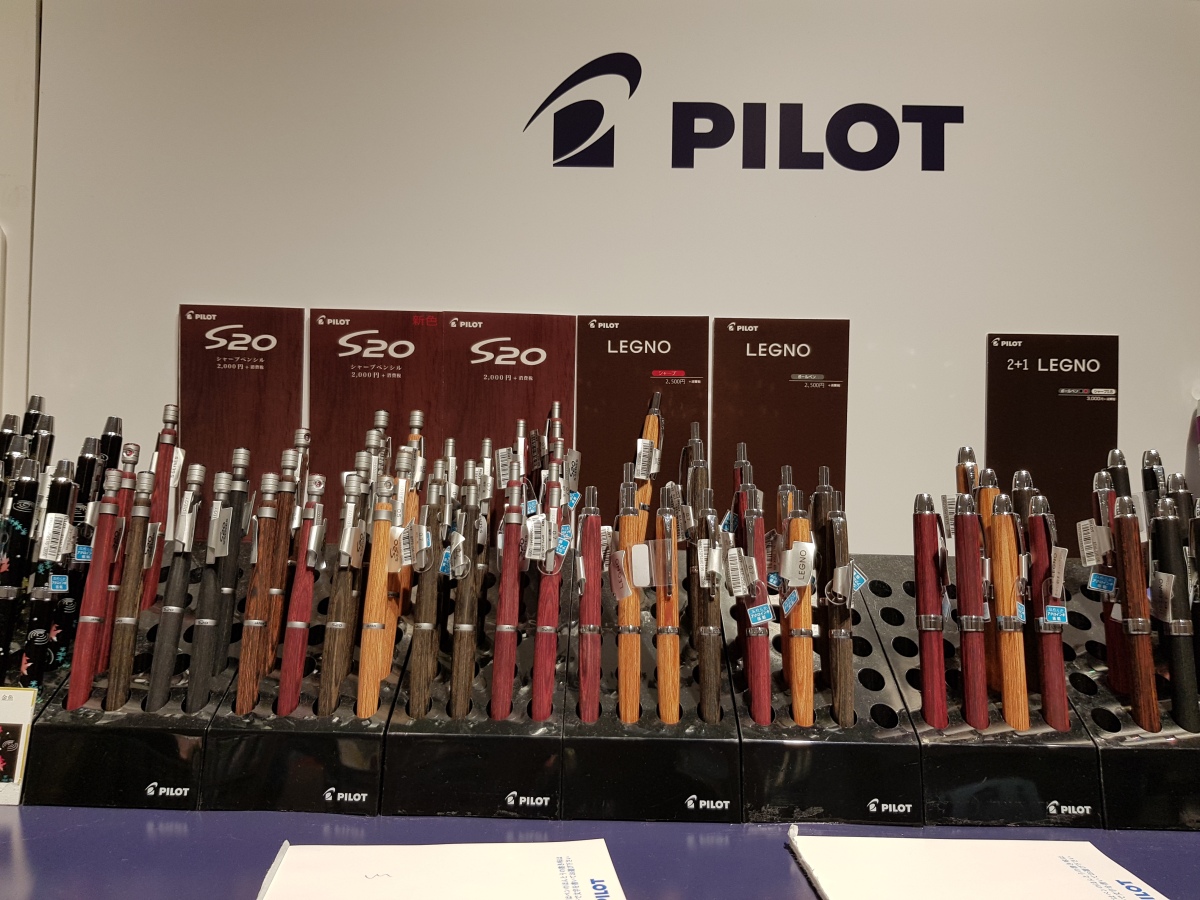 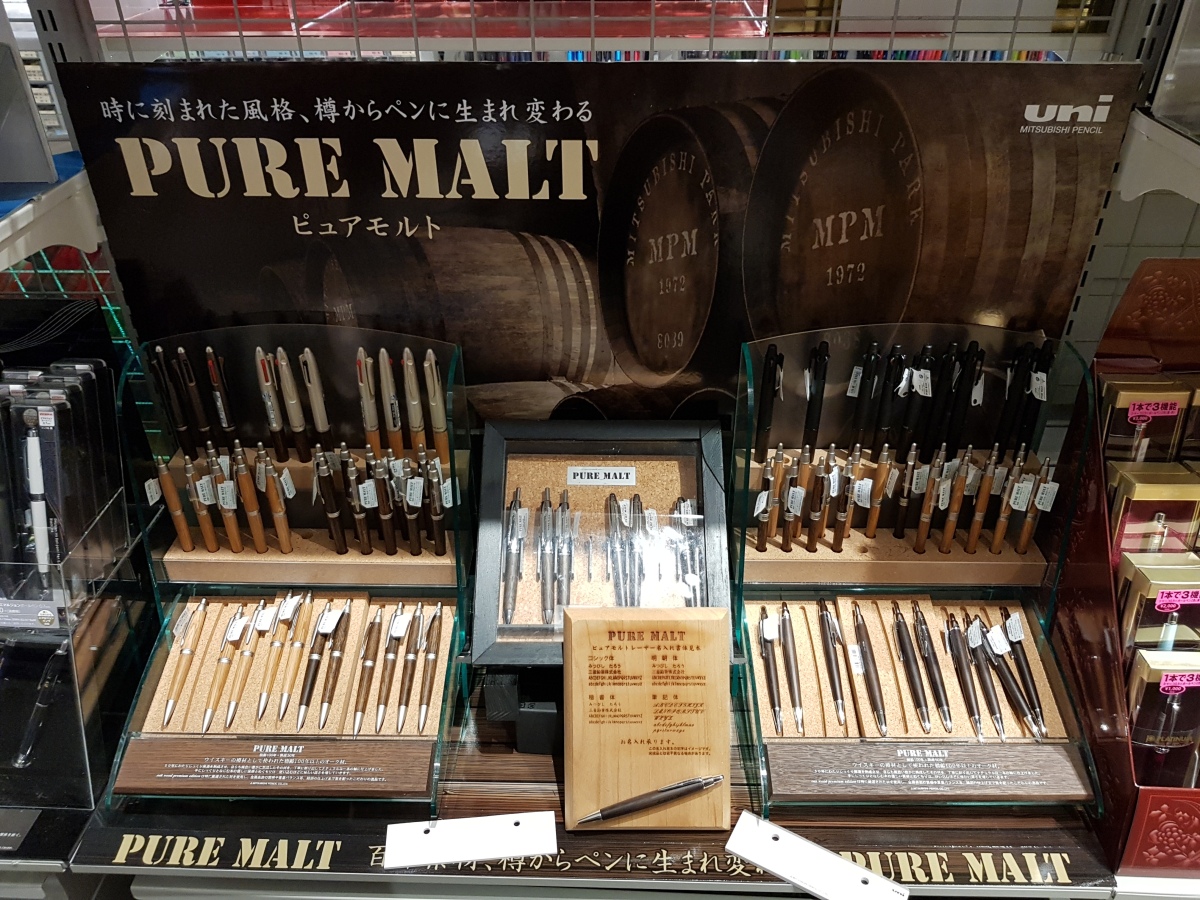 Coming back to the Ippitsu-sen: isn’t it wonderful that there are products that just assume stationery nerds like us exist, who love pens and pencils and even rulers, and would snap these up in a heartbeat? By the way here’s another, more traditionally summer-y theme featuring goldfish. 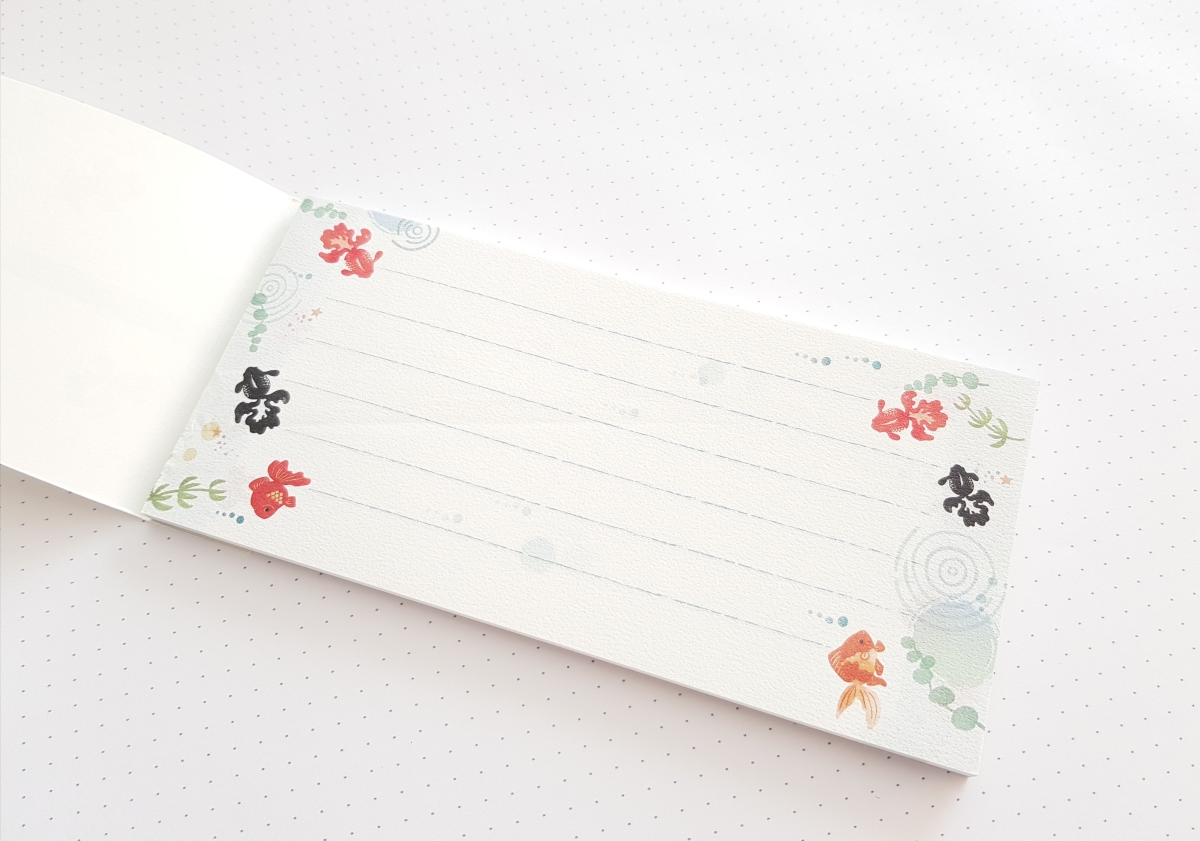 Last but not least, here are two other items I got from Maruzen: a triangular scale from Staedtler Japan, and a Tombow Mono One AirTouch. The scale was specifically mentioned in the podcast, so I was able to recognize it when I saw it. There were other variations, longer, shorter (10 cm!), for architects, for surveyors. It’s a very well-made, delightful object. I hadn’t planned on getting the AirTouch, even though the original Mono One was celebrating its tenth anniversary and there was a display with the Ones in all the colors of the rainbow in all of the stores I visited, but then Maruzen had an eraser testing station and I fell for it. Not bad at all! 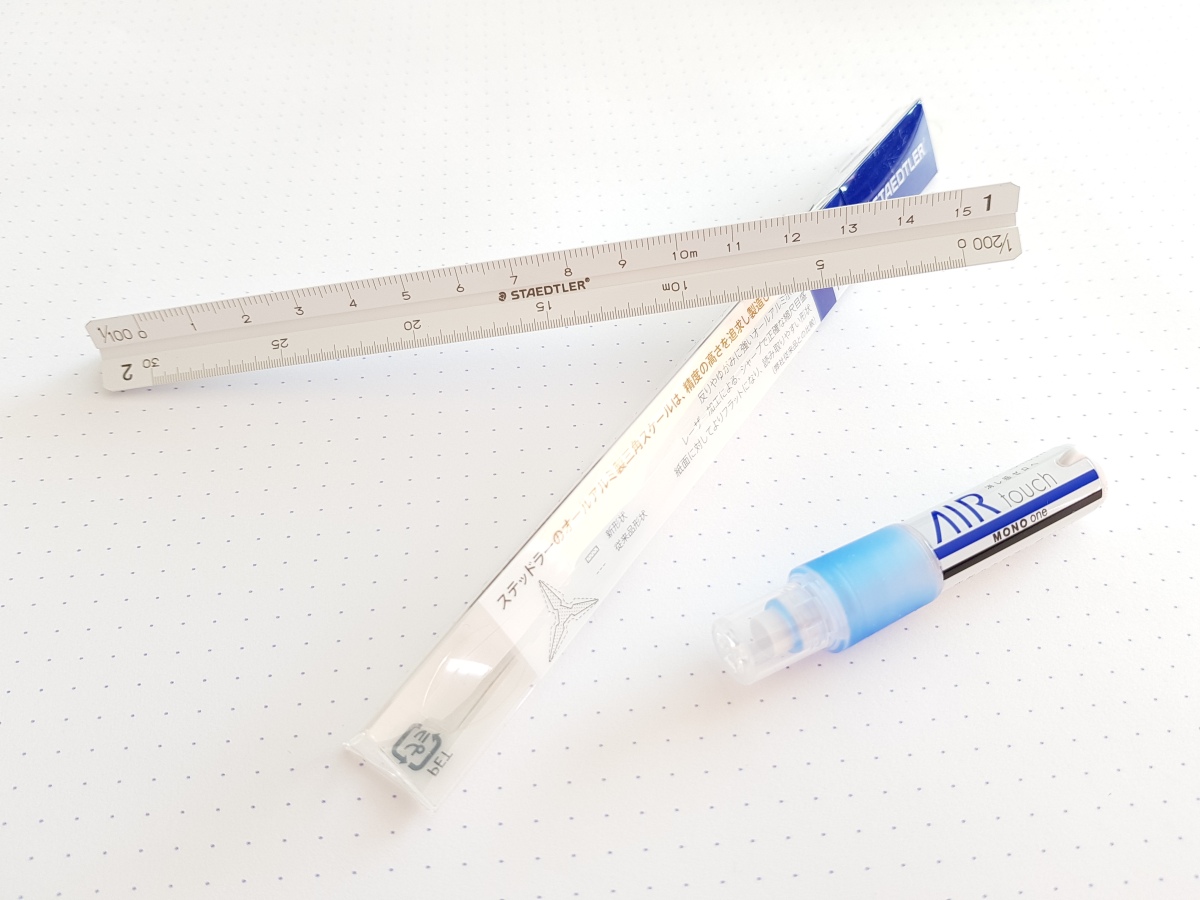 I distinctly remember two instances of culture shock when I first set foot in stationery geekdom. The first one was at a pen forum, where I came across people discussing the properties of individual inks, how some flowed better than others and how you could therefore manipulate the thickness of the strokes your pen made by changing the ink. Up till that point ink was, for me, something you just put in a pen. The pen was then supposed to write. End of story.

Later on, when I ventured out into the larger world of general stationery, I discovered that there was such a thing as an eraser review. I mean, really! What was there to say about erasers? You can get them anywhere, they’re cheap, and they were either crappy or they worked. End of story, right? This seemed to be a whole new level of nerdiness to me at that time.

Fast-forward a couple of years, and I’m now in possession of a few respectable erasers myself. Am positively discerning about them. I even know enough to recognize and get excited about a Tombow Mono Zero holder-type eraser spotted in the wild. And this is my first eraser review. 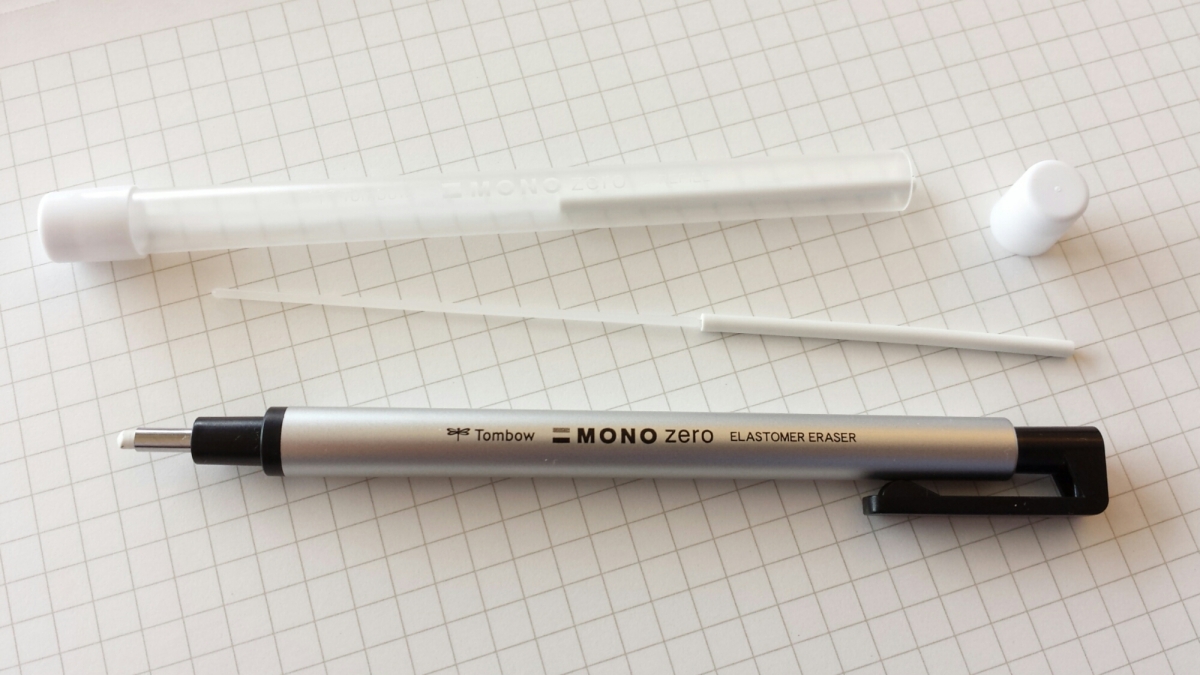 The Mono One is so named because it can erase a single (Japanese) letter based on the parameters of a 6mm- or 7mm-ruled notebook. The Mono Zero is so named because it can erase less than a letter. The folks at Tombow say that “erasing, either at the office or at school, involves less than three letters more than 80% of the time”. Amazing, the kind of figures these eraser guys come up with.

The hyperslim Mono Zero (there are two kinds, a 2.3mm-diameter round one and a 2.5mm×5mm rectangular one; I bought the round one) is the kind of thing that would have struck me as somehow overdoing it in the past. I may have bought it, out of curiosity, but would have probably stowed it away in a drawer somewhere. But this pinpoint eraser is actually very useful! Since it took up residence in my pen pouch it has been an indispensable tool for my daily Hobonichi journaling, as it is gentle on the thin and easily stressed Tomoe River Paper. It also helps me address a daily problem: 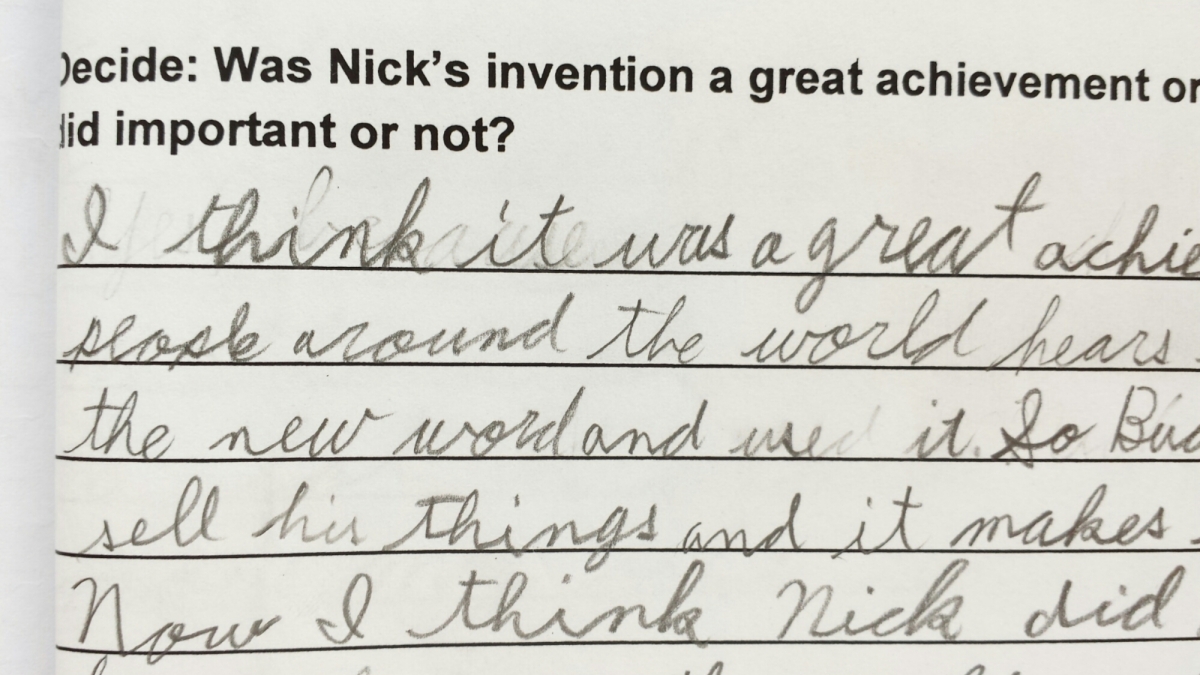 Exactly the kind of thing that needs the Mono Zero treatment.

As other reviews point out, the eraser itself is made of a slightly different material (elastomer, whatever that is) and so does not erase well compared to a block eraser, but does precision erasing well enough. On the package it says it “even changes the nuances of a dot”, and I agree! It not only erases wayward strokes but can make lines appear lighter and thinner without erasing them completely. A welcome tool for anyone who hates having to rewrite anything… 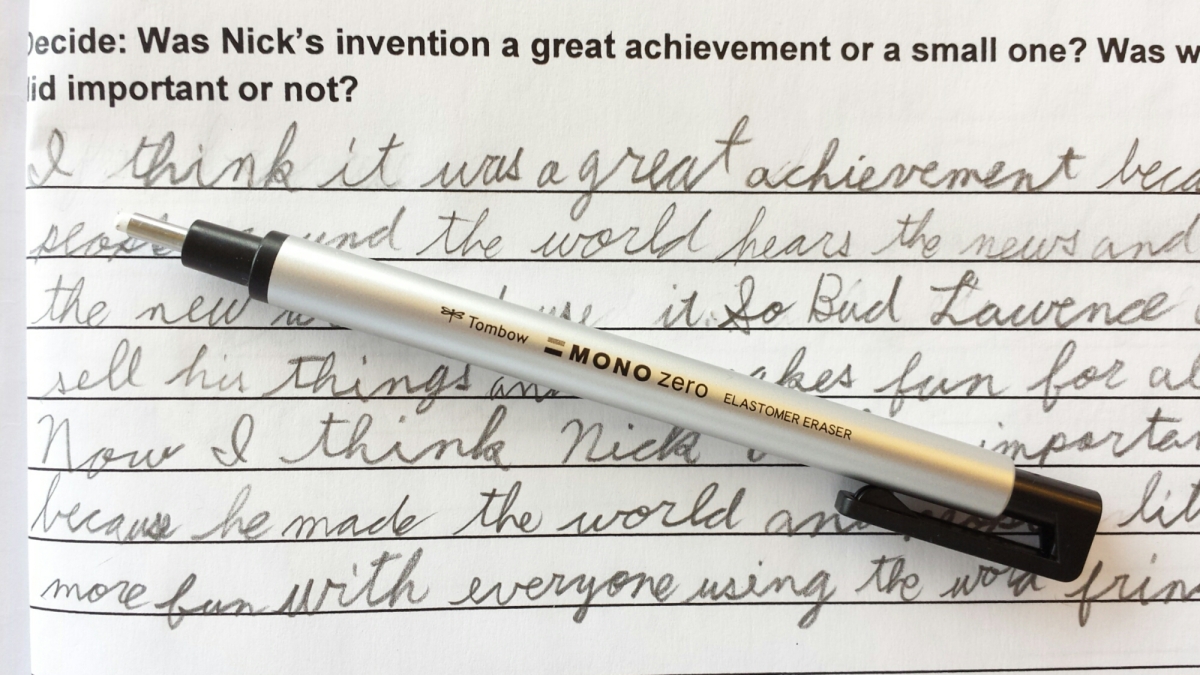 There are excellent reviews of this eraser at Bleistift and Dave’s Mechanical Pencils. It is also one of the “Top Two” erasers chosen by Lexikaliker.