My Hobo for next year arrived! I’m not a big fan of social media in general, but I have to say it is convenient for keeping track of new products and sales dates. So, although I wasn’t in any hurry (I was passing on the covers this year), I ended up placing my order on the day they went on sale, just to be done with the whole thing.

The box this year is a pretty shade of light turquoise.

The English-language planner is its usual self (it now has a serial number at the end but is otherwise unchanged in the most important aspects), and as it has been featured ad nauseam in the blogosphere (including my post) I will skip this and concentrate on the Weeks instead. 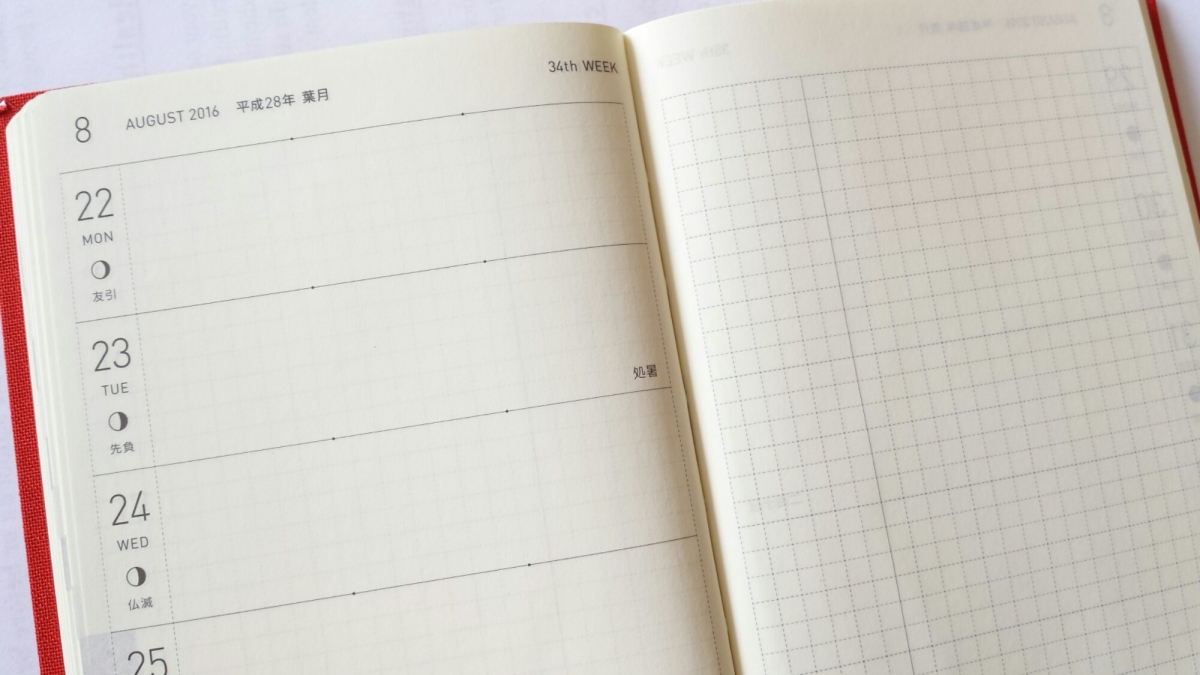 The standard weekly spread; it is available in the Japanese edition only and shows all the Japanese holidays in red. The only thing I’m worried about is whether there’s going to be enough space to paste things on in the right-hand page. 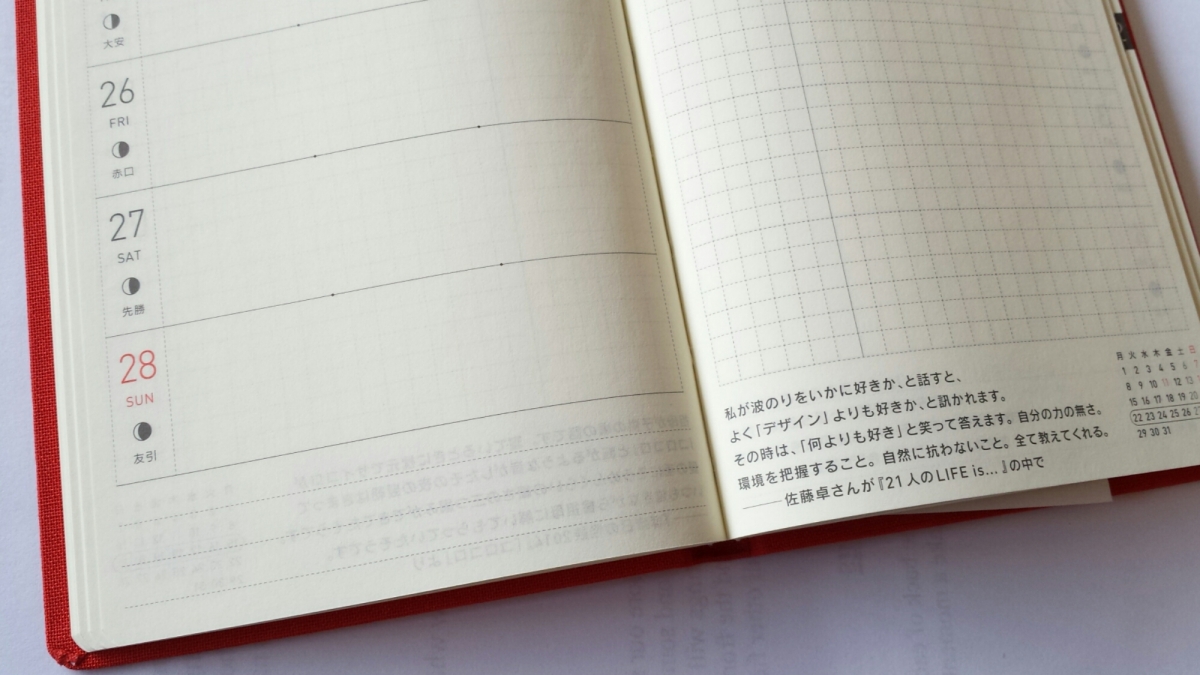 It has a few additional lines for memos at the bottom of the week. I agree with many out there who think the quotes just take up space, but the publisher seems to think these are an integral part of the Hobonichi so they probably won’t be going away anytime soon.

One surprise was the generous amount of free notepaper added on at the end. 71 pages – almost one-third of the book! The format is somewhat like the IDEA Notebooks I wrote about earlier, only the Hobonichi is narrower.

The good-to-know general info pages at the end feature the seasonal festivities associated with the lunar calendar, and year charts (for lack of a better term). The latter, which is actually an age-calculation chart, is especially useful because Japan still uses this antiquated year-numbering system based on the Emperor’s reign (for instance, 2015 is Heisei 27, i.e. the 27th year of the reign of Emperor Akihito), and surprisingly for a modern Westernized nation, often does not bother to note the corresponding year based on the Christian calendar. This is especially frustrating when you’re trying to figure out when a book was published and the end pages only say Showa or Heisei something. The chart also notes which animal on the Chinese zodiac is associated with that year. Saves you some googling. 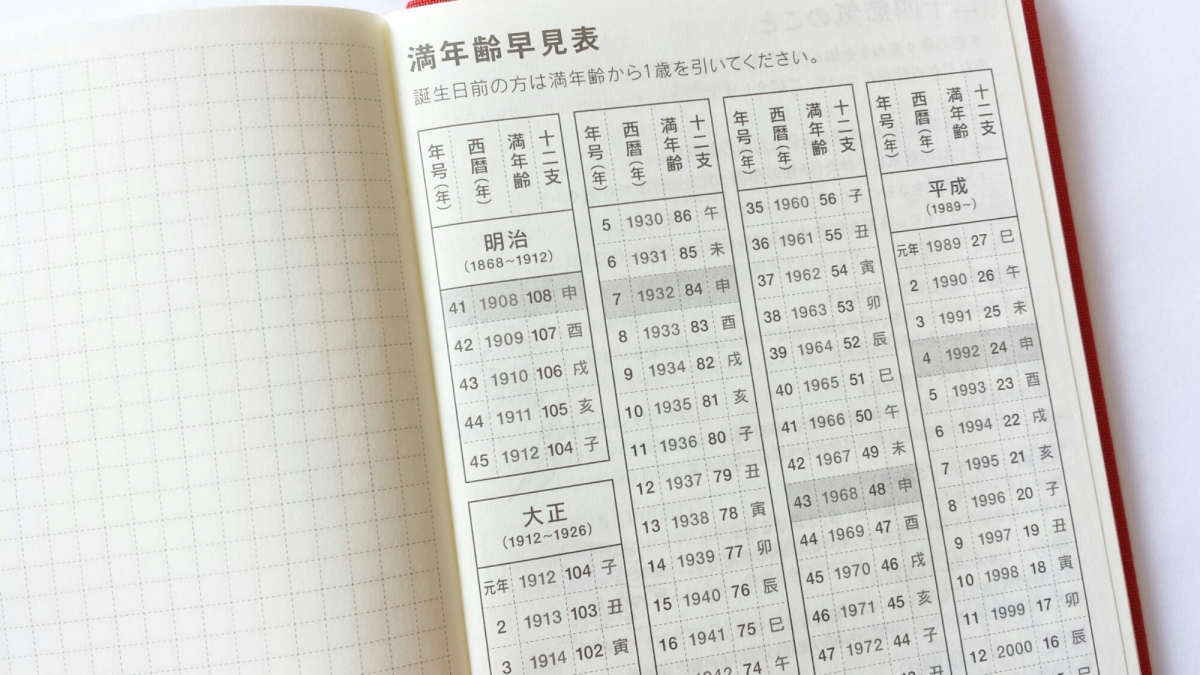 The Weeks comes with a small pocket you can stick on to the back cover, plus a railway map of several major cities. The Tokyo rail map is impressive, but what’s more amazing is that they keep building and expanding! There are stations and lines I don’t recognize already.

This year, I ordered some Frixion stamps to use with the planners. My first impression is that they’re cute but maybe not optimal in combination with Tomoe River paper… Review pending.